Washington inaugural ball has (finally!) managed to book some major musical acts — Solange Knowles is joining previously announced Grammy-winning jazz singer Esperanza Spalding at the Jan. 19 Peace Ball. The catch is that the event is a sort of alternative celebration to the festivities honoring President-elect Donald Trump happening elsewhere in town.

The high-profile musicians — Knowles is getting buzz for her 2016 album “A Seat at the Table” (and not just for being Beyonce’s sister, thank you) and Spalding is considered one of her genre’s biggest young crossover stars (she beat out Justin Bieber for the 2011 best new artist Grammy) —  stand apart from the otherwise low-wattage names who are booked for inaugural events. Trump’s swearing-in and attendant celebrations will feature the likes of the Mormon Tabernacle Choir and some country acts, including the Randy Rogers Band.

The Peace Ball, taking place at the National Museum of African American History and Culture, is being organized by Busboys and Poets owner Andy Shallal, who says the nonpartisan event is a celebratory gathering of “artists, activists and progressives” — and that it isn’t about protesting Trump. “It’s a celebration of accomplishment — over the last four years, there’s been progress on marriage equality, criminal justice reform, and health care. We don’t always take the time to stand back and look at this great stuff and celebrate.”

But won’t some progressive partygoers feel more like crying into their punch than shaking to Solange on the dance floor? “I’ve got no patience for sadness,” Shallal said. “It’s never about one person. . . . This is a hopeful moment for a lot of people.”

The Peace Ball is shaping up to be one of the more celebrity-laden events on inauguration weekend. The list of hosts and attendees includes actor-activist Danny Glover, “Vagina Monologues” playwright Eve Ensler, and politically-active actresses Ashley Judd and Fran Drescher.

Knowles’s inauguration experience will be different from her sister’s. Beyoncé performed at both of President Obama’s inaugurations. In 2009, she serenaded the first couple at an official ball, and at the 2013 swearing-in, she sang the national anthem.

Join the book club at Busboys and Poets!

This will be our 7th Busboys and Poets location. 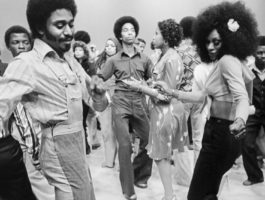 The day party celebrates the Wisdom, Experience, Knowledge and Resilience of our ELDERS in Anacostia!

Last Tuesday was such a hit that we will keep the party going every 2nd and 4th Tuesday each month. 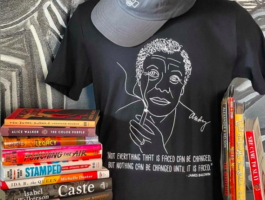 Celebrate Black Lives and Black History with superb books written by Black authors. #blackbooksmatter Select one or many from recommended lists of multiple genres handpicked by Busboys booksellers, in store or online. l