It was an evening of great music, delicious food and old-style rabble-rousing from such legendary figures as Alice Walker and Angela Davis. For founder and owner Andy Shallal, it was joyous confirmation of a dream that hardly seemed possible a decade ago, when bookstores were in rapid decline. Shallal now operates six branches of BB&P around Washington and has turned the bookselling side of his stores over to Politics & Prose.

Shallal welcomed the sell-out crowd by saying, “Thank you for being a part of this experiment.” (A portion of the proceeds from the party will go to support the Teaching for Change program.)

Headliner guest Alice Walker was notably absent at Friday night’s celebration. The novelist and poet was kept away from Washington by the threat of Hurricane Joaquin, which ultimately missed the city. But she spoke to the crowd via an amplifier connected to Shallal’s cellphone.

To commemorate the store’s 10-year anniversary, Walker read a poem she’d written called “Busboys & Poets Is a Sacred Place.” Her long, expansive verse characterized the store as “a dream place . . . a place I can imagine/ On the Underground Railroad/ Of the intellect.” She went on to celebrate the rights and comforts that African Americans enjoy today because of the struggles of their ancestors in the fight against slavery and racism:

They could not imagine
Us tonight
Seated here, or standing here,
Festively dressed,
Safe and warm
From the storm.

Her poem emphasized the role BB&P has played as a safe spot for the meeting of minds, an oasis for activists, writers and protesters. “Ida B. Wells might have/ Strolled through the door/ Eager for a muffin or a croissant,” Walker said in a flight of historical imagination.

It is also a place
Where Booker T. Washington and W.E.B. Du Bois
Might have had a coffee
And ended the assumed implacable
Hostility
Between them that has harmed us
To this day.

But that entrepreneurial message was soon eclipsed by Angela Davis, the author and political activist. Davis, who assured the enthusiastic crowd that she is still a communist, began by praising her favorite foods at BB&P and thanking Shallal for using organic ingredients and providing his staff with health insurance and other benefits.

Then she spoke passionately about the incarceration of people who “after 20 and 30 and 40 and 50 years are still bearing witness to the injustices in our society from the other side of the walls.” She highlighted the cases of six people she called “political prisoners”: Native American activist Leonard Peltier, Palestinian organizer Rasmea Odeh, and former Black Panther activists Mondo we Langa, Ed Poindexter and Mumia Abu-Jamal, who, she said, is desperately in need of medical attention. She also encouraged the crowd to call for the cancellation of the $2 million reward offered for assistance in the recapture of Assata Shakur, who escaped from prison and fled to Cuba more than 30 years ago. (All six were tried for various murders; their convictions have been the subject of controversy and debate for years.)

Bill Ayers, a co-founder of the Weather Underground, mostly left the fire branding to others last night. After speaking about the importance of education, he admonished everybody to “be a mensch.” 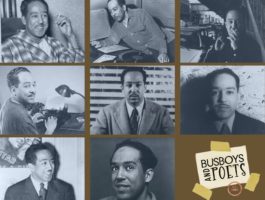 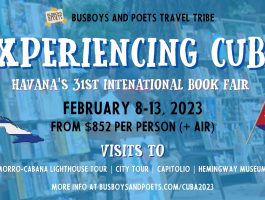