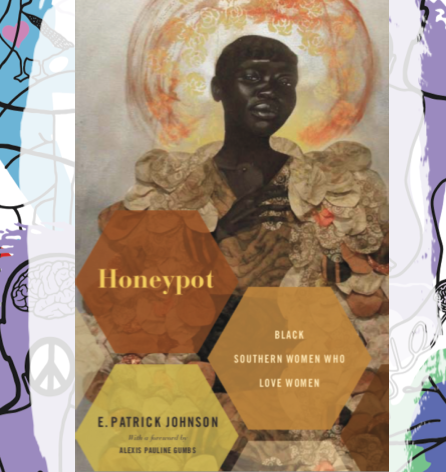 This event is free to the public. Discussion will begin at 6:30PM. Seating is first come, first served. Copies of Honey Pot will be for sale in our bookstore. Full menu and bar will be available for purchase throughout the event. E. Patrick Johnson will be in conversation with Lisa C. Moore.

Drawn from the life narratives of more than seventy African American queer women who were born, raised, and continue to reside in the American South, this book powerfully reveals the way these women experience and express racial, sexual, gender, and class identities--all linked by a place where such identities have generally placed them on the margins of society. Using methods of oral history and performance ethnography, E. Patrick Johnson's work vividly enriches the historical record of racialized sexual minorities in the South and brings to light the realities of the region's thriving black lesbian communities.

At once transcendent and grounded in place and time, these narratives raise important questions about queer identity formation, community building, and power relations as they are negotiated within the context of southern history. Johnson uses individual stories to reveal the embedded political and cultural ideologies of the self but also of the listener and society as a whole. These breathtakingly rich life histories show afresh how black female sexuality is and always has been an integral part of the patchwork quilt that is southern culture.

E. Patrick Johnson is the Carlos Montezuma Professor of Performance Studies and African American Studies and chair of African American Studies at Northwestern University. A scholar, artist, and activist, Johnson has performed nationally and internationally and has published widely in the area of race, gender, sexuality and performance. Johnson is a prolific performer and scholar, and an inspiring teacher, whose research and artistry has greatly impacted African American studies, performance studies, and sexuality studies. He is the author of Appropriating Blackness: Performance and the Politics of Authenticity (Duke UP, 2003), Sweet Tea: Black Gay Men of the South—An Oral History (University of North Carolina UP, 2008), Black. Queer. Southern. Women.—An Oral History (University of North Carolina Press, 2018) and Honeypot: Black Southern Women Who Love Women (Duke UP, 2019). He is the editor of Cultural Struggles: Performance, Ethnography, Praxis by Dwight Conquergood (Michigan UP, 2013) and No Tea, No Shade: New Writings in Black Queer Studies (Duke UP, 2016) and co-editor (with Mae G. Henderson)of Black Queer Studies—A Critical Anthology (Duke UP, 2005) and (with Ramon Rivera-Servera) of solo/black/woman: scripts, interviews, and essays (Northwestern UP, 2013) and Blacktino Queer Performance (Duke UP, 2016). In 2010 he was inducted into the Chicago LGBT Hall of Fame.

Lisa C. Moore is the founder and editor of RedBone Press ( www.redbonepress.com ), which publishes award-winning work celebrating the culture of black lesbians and gay men and promoting understanding between black gays and lesbians and the black mainstream. Moore is the editor of does your mama know? An Anthology of Black Lesbian Coming Out Stories, co-editor of Spirited: Affirming the Soul and Black Gay/Lesbian Identity, and co-editor, co-compiler and co-publisher (with Vintage Entity Press) of Carry the Word: A Bibliography of Black LGBTQ Books. In addition to her work as a publisher, Moore is a reference archivist at the Amistad Research Center in New Orleans.