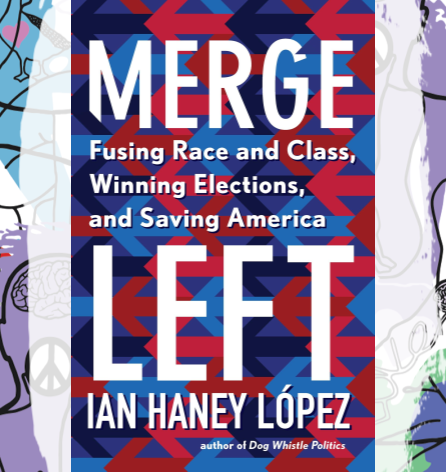 “Ian Haney López has broken the code on the racial politics of the last fifty years.” —Bill Moyers

In 2014, Ian Haney López in Dog Whistle Politics named and explained the coded racial appeals exploited by right-wing politicians over the last half century—and thereby anticipated the 2016 presidential election. Now the country is heading into what will surely be one of the most consequential elections ever, with the Right gearing up to exploit racial fear-mongering to divide and distract, and the Left splintered over the next step forward. Some want to focus on racial justice head-on; others insist that a race-silent focus on class avoids alienating white voters.

Can either approach—race-forward or colorblind—build the progressive supermajorities necessary to break political gridlock and fundamentally change the country’s direction?

For the past two years, Haney López has been collaborating with a research team of union activists, racial justice leaders, communications specialists, and pollsters. Based on conversations, interviews, and surveys with thousands of people all over the country, the team found a way forward.

By merging the fights for racial justice and for shared economic prosperity, they were able to build greater enthusiasm for both goals—and for the cross-racial solidarity needed to win elections.
What does this mean? It means that neutralizing the Right’s political strategy of racial division is possible, today. And that’s the key to everything progressives want to achieve.

A work of deep research, nuanced argument, and urgent insight, Merge Left: Fusing Race and Class, Winning Elections, and Saving America is an indispensable tool for the upcoming political season and in the larger fight to build racial justice and shared economic prosperity for all of us.

Ian Haney López is a law professor at the University of California, Berkeley, where he teaches in the areas of race and constitutional law. Haney López is the author of Merge Left: Fusing Race and Class, Winning Elections, and Saving America (The New Press) and Dog Whistle Politics: How Coded Racial Appeals Have Reinvented Racism and Wrecked the Middle Class, plus two other books and two anthologies. He co-founded the Race-Class Narrative Project, and also co-chaired the AFL-CIO’s Advisory Council on Racial and Economic Justice. He holds an endowed chair as the Earl Warren Professor of Public Law at UC Berkeley and lives in Richmond, California.