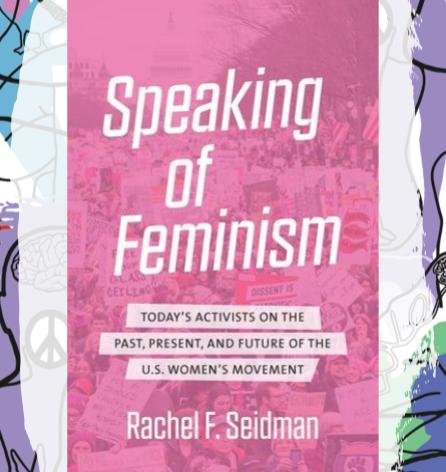 From the Women's Marches to the #MeToo movement, it is clear that feminist activism is still alive and well in the twenty-first century. But how does a new generation of activists understand the work of the movement today? How are their strategies and goals unfolding? What worries feminist leaders most, and what are their hopes for the future? InSpeaking of Feminism, Rachel F. Seidman presents insights from twenty-five feminist activists from around the United States, ranging in age from twenty to fifty. Allowing their voices to take center stage through the use of in-depth oral history interviews, Seidman places their narratives in historical context and argues that they help explain how recent new forms of activism developed and flourished so quickly. These individuals' compelling life stories reveal their hard work to build flexible networks, bridge past and present, and forge global connections. This book offers essential reading for anyone seeking to understand the contemporary American women’s movement in all its diversity.

Rachel F. Seidman is director of the Southern Oral History Program in the Center for the Study of the American South at the University of North Carolina at Chapel Hill.

Noorjahan Akbar is an outspoken human rights advocate from Afghanistan. She has worked with several Afghan and global organizations focusing on women’s empowerment and ending gender-based violence and led nation-wide campaigns and protests in defense of human rights. She currently runs Free Women Writers, a collective of activists and writers in Afghanistan and the diaspora advocating for gender equality and social justice and works at an immigrant children's rights organization in Washington, D.C. Noorjahan has been recognized for her efforts for gender equality at home and internationally and published on Al Jazeera and The New York Times, among other outlets. She was Glamour Magazine’s College Women of the Year in 2013 and featured on Forbes’s Women Changing the World, Fast Company’s League of Extraordinary Women, and The Daily Beast’s Women Who Shake the World lists.

Soraya Chemaly is an award-winning writer and media critic whose writing appears regularly in national and international media including The Atlantic, The Nation, Verge, Quartz, TIME, Salon, The Guardian and The New Statesman. As an activist, Ms. Chemaly has spear-headed multiple successful campaigns challenging corporations to address online harassment and abuse, restrictive content moderation and censorship, and institutional biases that affect free speech. In 2016, Soraya was the recipient of the Women’s Institute for Freedom of the Press’s Women and Media Award. In 2017, she was the co-recipient of the Newhouse Mirror Award for Best Single Feature of 2016 for an in-depth investigative report on free speech and online content moderation, The Secrets of The Internet. She is the author of the book, Rage Becomes Her: The Power of Women’s Anger.She writes and speaks regularly about gender, media, tech, education, women's rights, sexual violence and free speech.

Andrea Pino The daughter of Cuban refugees, Andrea Pino attended The University of North Carolina at Chapel Hill as a first generation college student, where she majored in Political Science and pursued research on the media framing of sexual violence, with a particular focus on LGBTQ and students of color. She is co-author of “We Believe You: Survivors of Campus Sexual Assault Speak Out,” and co-founder of the national survivor advocacy organization End Rape on Campus, where she worked for over five years to support students in learning their rights under Title IX, and in changing their campus sexual assault and harassment policies. Her activism and advocacy has been featured in the New York Times, Vogue, CNN, Good Morning America, as well as many other media outlets. Her work and personal journey is prominently featured in the film The Hunting Ground, which premiered at the 2015 Sundance Film Festival, and she appeared alongside Lady Gaga and 50 other survivors at the 2016 Academy Awards.