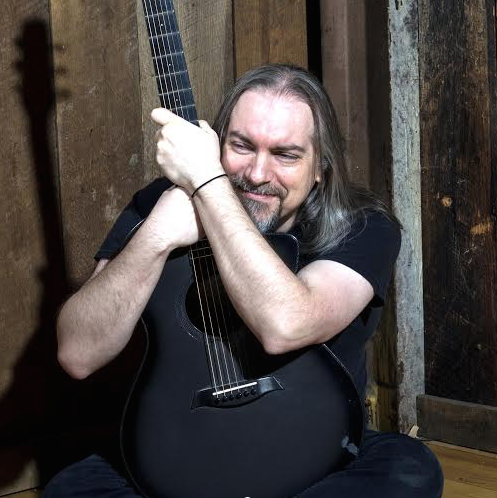 A Busboys and Poets in-house series, LIVE! from Busboys is an open mic talent showcase that offers a platform for all performers, not just poets. Whether you are a musician, comedian, dancer, actor, magician or any other type of performer, we want to see what you got! Come out and showcase your talents!

Someone once told Rob that what he does to his guitar is illegal in three states. They meant it as a compliment. They went on to say that "Rob is that perfect combination of complete proficiency combined with a punk rock 'f*** you'". And he took THAT as a compliment too.

Over the years of travel, an important part of both the professional and social side of music has always been the Open Mic scene. One of Rob's first missions was to create an open mic scene from what he'd learned from all across the country.

Since then Rob has been the creator and host of a number of open mic nights in the Washington / Baltimore area, some award-winning, all Loved - he's even spoken at the Library of Congress on the subject of open mics and their effect on American music, the coffeehouse scene and "counter-culture". His open mics have been selected to represent "National Open Mic Night" by Shure Inc and declared one of the best-of DC by DCMusicDownload.com.

$5 cover. On the day of the event, tickets can be purchased online starting at midnight and in the restaurant starting at 10:00 AM (cash only). No refunds. Ticket purchase limit of 4 per person. Tickets will be sold at the door if available. Guests must have their wristbands (tickets) on upon entering the event.