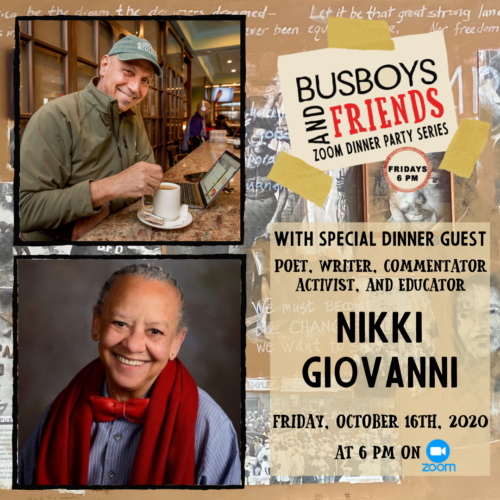 Nikki Giovanni is a University Distinguished Professor in the Department of English. Renowned especially for her poetry, Giovanni has long used her literary gifts to raise awareness of social issues, particularly those of gender and race. By the time she received her bachelor’s degree in history from Fisk University in 1967, she was already an outspoken activist for civil rights and equality. A year later, she published her first books of verse.

She has published more than two dozen volumes of poetry, essays, and edited anthologies, as well as 11 illustrated children’s books, including “Rosa,” an award-winning biography of Rosa Parks. Giovanni’s autobiography, “Gemini,” was a finalist for the 1973 National Book Award. In 2004, her album, “The Nikki Giovanni Poetry Collection,” was a Grammy finalist for the Best Spoken Word Album.

Giovanni has received numerous awards, including the inaugural Rosa L. Parks Woman of Courage Award, the American Book Award, the Langston Hughes Award, the Virginia Governor’s Award for the Arts, and the Emily Couric Leadership Award. She is also a seven-time recipient of the NAACP Image Award. The recipient of 27 honorary degrees and the keys to nearly as many cities, she garnered her most unusual honor in 2007, when a South American bat species – Micronycteris giovanniae – was named in celebration of her.

A devoted teacher, Giovanni has been a visiting professor and poet-in-residence at numerous colleges, and she encourages students of all ages to express themselves creatively through writing.

FREE, RSVP via Eventbrite to receive the Zoom link 24 hours before the event date.