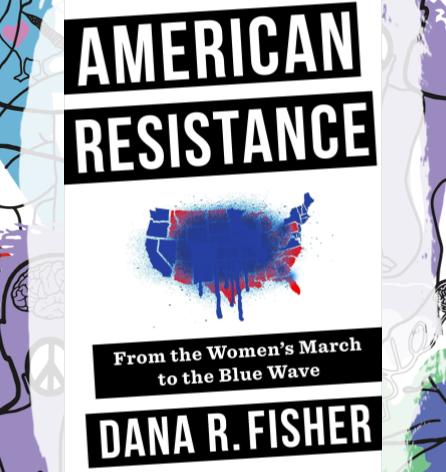 Since Donald Trump’s first day in office, a large and energetic grassroots “Resistance” has taken to the streets to protest his administration’s plans for the United States. Millions marched in pussy hats on the day after the inauguration; outraged citizens flocked to airports to declare that America must be open to immigrants; masses of demonstrators circled the White House to demand action on climate change; and that was only the beginning. Who are the millions of people marching against the Trump administration, how are they connected to the Blue Wave that washed over the U.S. Congress in 2018—and what does it all mean for the future of American democracy?

American Resistance traces activists from the streets back to the communities and congressional districts around the country where they live, work, and vote. Using innovative survey data and interviews with key players, Dana R. Fisher analyzes how Resistance groups have channeled outrage into activism, using distributed organizing to make activism possible by anyone from anywhere, whenever and wherever it is needed most. Beginning with the first Women’s March and following the movement through the 2018 midterms, Fisher demonstrates how the energy and enthusiasm of the Resistance paid off in a wave of Democratic victories. She reveals how the Left rebounded from the devastating 2016 election, the lessons for turning grassroots passion into electoral gains, and what comes next. American Resistance explains the organizing that is revitalizing democracy to counter Trump’s presidency.

Matt Rogers is a passionate political professional with years of experience working for state and federal candidates up and down the ballot in a plethora of roles. From running petition operations, to raising campaign funds, introducing legislation, or knocking doors, Matt has done it all. For more information, visit his company's website at http://politidope.com

Dana R. Fisher is professor of sociology at the University of Maryland, College Park. Her books include Activism, Inc.: How the Outsourcing of Grassroots Campaigns Is Strangling Progressive Politics in America (2006).