We at Busboys and Poets are distressed at the senseless violence against Black men, women, children, and Black people of all genders that has become all too commonplace in this country. Not a day goes by that we don’t see a video, a Tweet or a Facebook post of a Black person facing assault or possibly being shot or killed by a police officer, the very people who are charged to protect them. These police officers are not aliens from another planet, they are Americans like you and me and they breathe the same toxic fumes of racism that permeate government, popular culture, economic structures and social institutions. 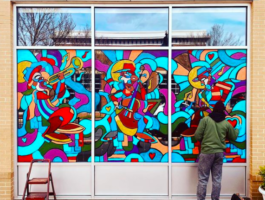 These are trying times for people and local, small businesses across the globe. Instead of boarding up our windows after an unfortunate act of vandalism, we’ve responded by spreading messages of optimism and hope by hiring local artists to #PaintTheStorefronts. All of our seven locations are painted, and we are spreading the movement; already we’ve … Continued

This is why we feel good about what we serve 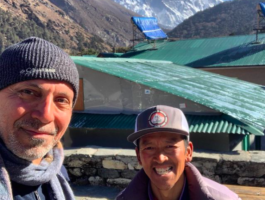 Why am I here? It is 6 am now. I have not slept. My breathing is not improving. I am waiting for the first break of light. Bending to put on my shoes is exhausting. I put on one shoe. Sit upright. Take a deep breath. And put the other. I go to the dining … Continued