In the last five years, only 10% of children’s books published were about people of color despite the fact that 37% of the U.S. population are people of color.

Limbaugh learned that we made the “loony” decision not to carry his best-selling children’s books from a new C-SPAN Book TV broadcast at Busboys and Poets where Teaching for Change runs the bookstore and schedules/hosts many of the author events.

Our executive director, Deborah Menkart, introduced the powerful June 9 talk by Dave Zirin for his new book “Brazil’s Dance with the Devil: The World Cup, the Olympics, and the Fight for Democracy.” In the introduction, also aired on C-SPAN, she described the crisis in children’s literature and how we are trying to flip the script by featuring children’s books by and about people of color.

She added that this is one of the reasons that, despite the financial odds, we are doing all we can do keep the Teaching for Change Bookstore at Busboys and Poets in operation. In the bookstore we demonstrate that there is tremendous interest in books featuring children of color if they are made visible and available. In fact, close to 90% of the children’s books we sell are by or about people of color. Children’s books are by far the most popular titles in our store.

A recent New York Times op-ed by Christopher Myers can help to explain this commitment:
[There is an] apartheid of literature — in which characters of color are limited to the townships of occasional historical books that concern themselves with the legacies of civil rights and slavery but are never given a pass card to traverse the lands of adventure, curiosity, imagination or personal growth.
[Children] see books less as mirrors and more as maps. They are indeed searching for their place in the world, but they are also deciding where they want to go. They create, through the stories they’re given, an atlas of their world, of their relationships to others, of their possible destinations.

In our selection process, we look for books to serve as those maps, to help all children see themselves, recognize their peers, and craft their own future.
We draw on recommendations from awards and databases such as Africa Access, the Amèricas Awards, and American Indians in Children’s Literature (AICL). [See AICL review of Rush Limbaugh’s children’s books, Rush Revere and Brave Pilgrims.]

We are not alone. The Cooperative Children’s Book Center makes the invisibility of books by and about authors of color visible with its annual count. Zetta Elliott, award-winning author of books for youth, wrote “Something Like An Open Letter to Children’s Book Publishers.” There is a Birthday Party Pledge to get multicultural books as gifts for children. The NY Times feature of the Walter Dean and Christopher Myers’ op-eds quoted above reflects a growing national awareness and recognition of crisis in children’s book publishing.

This spring, a grassroots campaign was launched. Titled #WeNeedDiverseBooks, it grew to a national and international scale.  Authors, parents, librarians, teachers, and booksellers from across the country are exposing the invisibility of children of color in children’s books and demanding that publishers fill the gap.

It could be that Limbaugh’s reaction is testimony to the success of this movement. Or maybe he’s looking for another angle to promote his own book. Cries of censorship make great media.

Limbaugh’s listeners barraged Teaching for Change with calls and emails with vicious, hateful messages about how hateful we are and why we should “drop dead.”

Undaunted, we remain committed to providing access to children’s literature that reflects the real diversity in this country. We hope you will join and support us by purchasing your books from our bookstore or webstore (not Amazon) and/or a donation.

Your support can help us keep our doors open for many years to come with our unique and controversial collection of children’s books. 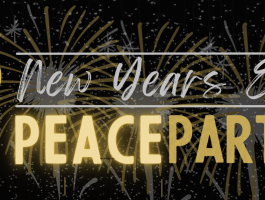 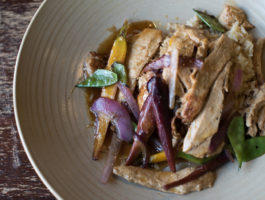 We’re proud to be joining Dine After Dark along with other great local businesses to make dining-out more convenient for our Muslim community celebrating Ramadan. 3.5 million Americans and 1.6 billion people worldwide celebrate Ramadan, the 9th month of the Islamic calendar, as a time of reflection and charity. We’re inviting customers to “Dine After … Continued

The following is a guest post by Busboys and Poets customer Dr. Donna Oriowo. To read the complete post, please visit her website. Here is a little disclosure about me, I don’t generally like autobiographies. I find that they can be terribly dull and full of pomp. I know I read The Last Black Unicorn … Continued

President Obama met at Busboys and Poets 14th & V to have lunch with a group of former inmates. He was joined by senior advisor Valerie Jarrett. The Obama administration chose to have their meeting with us since we banned the box in 2009.