As our much-anticipated Peace Ball: Voice of Hope and Resistance inches closer, we thought it would be wise to spotlight some of our esteemed speakers to give some of y’all a better idea of their magnitude and general awesomeness.

Today we are shining light on noted activist, educator, central figure in the US Black Panther movement and “one of the world’s leading philosophers on freedom,” Angela Davis.  Dr. Davis is a fierce advocate for immigration reform and dismantling neoliberalist discourse of “color blindedness,” which asserts that in order for equality to be achieved, the law and individuals have to become blind to race. Dr. Davis argues that this strategy fails to understand the complexity of racism, the “economic, social, and ideological work of racism” and the institutions that support it.

Several copies of Dr. Davis’s latest book, The Meaning of Freedom and Other Difficult Dialogues will be available at the Peace Ball, as well as the chance to get an autographed copy.  In “The Meaning of Freedom and Other Difficult Dialogues,” Dr. Davis continues her life-long commitment to critically analyzing the prison-industrial complex, and the deep structural racism of the criminal justice system.  The book is comprised of twelve of her speeches on the intersectionality of race, gender, class, sexual orientation and the ongoing struggle for social justice.

We are thrilled and honored to have Dr. Davis grace the stage and look forward to hearing her fierce words and witnessing her inspiring spirit at the Peace Ball: Voices for Hope and Resistance at Arena Stage on January 20, 2013.  Tickets may be purchased by clicking here.

Hope to see you at the Peace Ball! 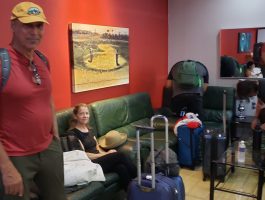 Follow along for the Busboys and Poets Travel Tribe’s Cultural Exchange trip to Cuba (July 6-13, 2022) By Andy Shallal (@andyshallal CEO/Founder, Busboys and Poets) We hit the tarmac at exactly 9:59. I am hopeful. Nonetheless, my hopefulness is tested. The plane circles and circles the runway. Taunting me. Finally finding a resting spot at gate … Continued 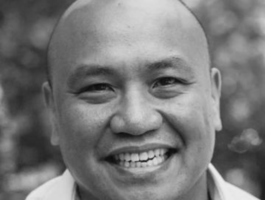 Split this Rock is a longtime poetry partner of Busboys and Poets. Check out the Sunday Kind of Love monthly poetry series at Busboys and Poets every third Sunday of the month from 5-7PM.   Typhoon Poem The teacher can’t hear the children over all this monsoon racket, all the zillion spoons whacking the rusty … Continued