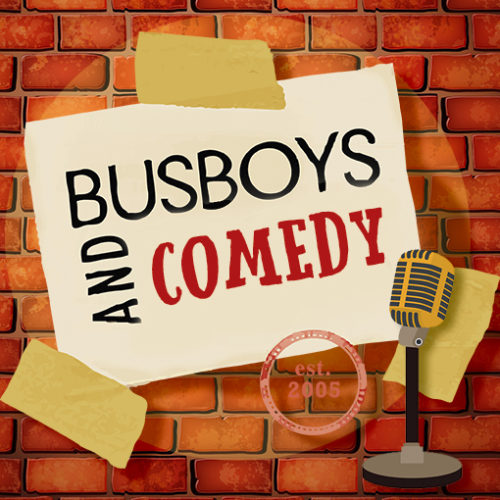 A comedian, improviser and lyricist, Allan is a jack of all trades. Allan's humor is dry, and a little wet from perspiration, usually. He toured throughout Eastern Europe in the summer of 2018 (not for comedy, just a fun fact). He did however recently headline the Church of Satire comedy club. As a producer, he runs comedy shows at Busboys & Poets, Tysons Comedy Cellar, and Crystal City Sports Pub under his production company Sidley Standup. Follow him @SidleyStandup to stay up to date with shows and content.

Dan Kapr: Dan was born with part of his face missing, and since then he’s only gotten funnier. A cleft palate survivor, he was known to childhood friends as “the boy who can drink through his nose.” Dan spent years working a variety of jobs: He ran youth programs, organized court files, and hassled senior citizens to make payments on their timeshares. He even spent one summer chasing bears away from campers (seriously!). Then one day, while handling urine samples for carnival employees, he thought to himself, “Now that I’ve achieved all my dreams, how can I give something back to the world?” Soon after that, he became a stand-up comedian. Inspired by comics like Mitch Hedberg and Steven Wright, Dan specializes in one-liners with an absurdist edge. He was recently featured in the Burbank Comedy Festival’s “Best of the Fest” showcase. Those who see him perform are guaranteed a memorable, bear-free experience.

Mike Moran: Mike is a Baltimore-based comedian, writer, and podcaster that has been entertaining audiences for almost a decade. He hosts the Confessional Podcast, delving into the dark, creepy and often haunting stories of their listeners. Dry, deadpan, and simultaneously smart & stupid, Mike has shared the stage with Michael Ian Black, Creed Bratton, Robert Klein & More. Oh, and give his hilarious album Please Like Me a listen.

Rose Vineshank: Rose, a Baltimore comic, is the smallest homosexual on known record. She once opened for Ron Funches who found her annoying. She runs the "Flavor of Funny" Show every second Tuesday of the month at Flavor Restaurant and bar.
Dominique Grayer - MC: Dominique is a Virginia comic that has performed all over the DMV. He recently featured at North Carolina Comedy Zone.