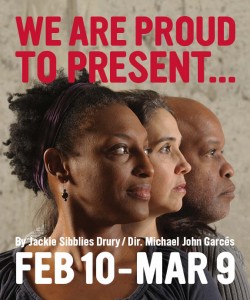 Race and Empathy: What are the limits of our good intentions? A Community Reading and Discussion
Co-sponsored by A.C.T.O.R and Woolly Mammoth Theatre Company
"We are Proud to Present..." is a stage play opening February 10th at Woolly Mammoth Theatre.  The play requires us to take a hard look at how events with racial content are presented and the nuances required of those that present the material.  Join us in discussion and the opportunity to win tickets.
Enjoy full table service at Busboys and Poets, volunteer to read scenes from We Are Proud to Present?, directed by a member of Woolly Mammoth Theatre Company?s Artistic Staff, and take part in a post-read discussion about the themes and characters in the play, and how they relate to race and racism in the here and now. The discussion will feature Jackie Sibblies Drury.
Jackie Sibblies Drury (Playwright) is based in Brooklyn, NY. Her work has been presented by Trinity Rep (Providence), Matrix Theatre (Los Angeles), Undermain Theatre (Dallas), InterAct Theatre (Philadelphia), Available Light Theatre (Columbus), Company One (Boston), and The Bush Theatre in London. Jackie?s plays have been developed at Sundance, The Ground Floor at Berkeley Rep, A.C.T., PRELUDE.11, The Bushwick Starr, Bay Area Playwrights Festival, American Theater Company?s 10 x 10 Festival, and The Magic Theatre?s Virgin Play Festival. Her play, We Are Proud to Present a Presentation About the Herero of Namibia, Formerly Known as South West Africa, From the German Sudwestafrika, Between the Years 1884-1915, had its New York premiere at Soho Rep and its world premiere at Chicago?s Ignition Festival in 2010 at Victory Gardens Theater.  Jackie received a 2012-2013 Van Lier Fellowship at New Dramatists. She was a member of the 2011-2012 Soho Rep Writer/Director lab, a 2010-12 New York Theater Workshop Emerging Artist of Color Fellow, and a member of The Civilians? R&D Group. She is the dramaturg and contributing writer for Zero Cost House, a collaboration between Pig Iron Theatre Company and Japanese playwright Toshiki Okada. She is also a NYTW Usual Suspect, a MacDowell Colony Fellow, and is on committees to organize classes for Pataphysics Playwriting Workshops and The Public School New York. Jackie was recently awarded the Stavis Playwriting Award from the National Theater Conference and was commissioned to contribute to the apprentices? show for the 2014 Humana Festival at the Actors Theatre of Louisville. She is a graduate of Brown University?s MFA playwriting program, where she received the David Wickham Prize in Playwriting. Her play, Social Creatures, was commissioned by Trinity Repertory Theater Company in Providence, RI. Jackie is the inaugural recipient of the Jerome New York Fellowship at The LARK.

The A.C.T.O.R. (A Continuing Talk on Race) open discussion series is hosted by Busboys and Poets as a community service. It provides the opportunity for people to come together and speak openly and honestly about issues of race. The intent is that each person walks away from the discussion feeling something: challenged, educated, uncomfortable, enlightened, refreshed, reassured and hopefully inspired and moved to action! This series is produced and facilitated by our Marketing and Events Director, Pamela Pinnock. Each month there is a new topic for discussion.

FREE AND OPEN TO ALL 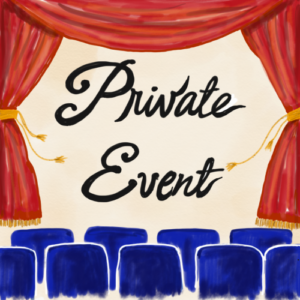 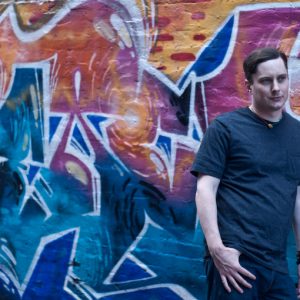