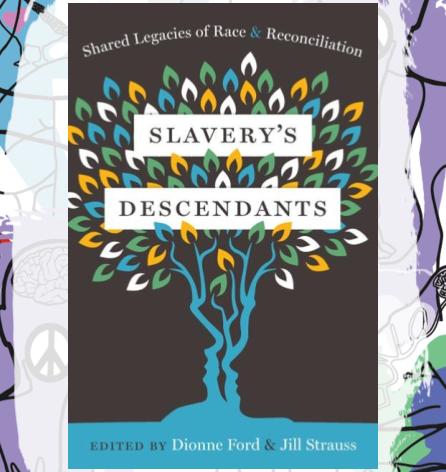 Race remains a potent and divisive force in our society. Whether it is the shooting of minority people by the police, the mass incarceration of people of color, or the recent KKK rallies that have been in the news, it is clear that the scars from the United States’ histories of slavery and racial discrimination run too deep to simply be ignored. But what are the most productive ways to deal with the toxic and torturous legacies of American racism?

Slavery’s Descendants brings together contributors from a variety of racial backgrounds, all members or associates of a national racial reconciliation organization called Coming to the Table, to tell their stories of dealing with America’s racial past through their experiences and their family histories. Some are descendants of slaveholders, some are descendants of the enslaved, and many are descendants of both slaveholders and slaves. What they all have in common is a commitment toward collective introspection, and a willingness to think critically about how the nation’s histories of oppression continue to ripple into the present, affecting us all.

The stories in Slavery’s Descendants deal with harrowing topics—rape, lynching, cruelty, shame—but they also describe acts of generosity, gratitude, and love. Together, they help us confront the legacy of slavery to reclaim a more complete picture of U.S. history, one cousin at a time.

Karen Branan is a veteran journalist and documentary filmmaker whose work has appeared in Life, Mother Jones, Ms., New York Times, The Guardian, as well as on PBS, CBS, CBC, and BBC. The Family Tree: A Lynching in Georgia, A Legacy of Secrets and My Search for the Truth tells the tragic story of her family's role in a 1912 lynching of a woman and three men, one of them a family member. It was nominated for a Pulitzer Prize in 2016. Dr. James Cone, author of The Cross and the Lynching Tree, wrote of it, "Every American should read this book." In Slavery's Descendants, she writes of the African American cousins, some of whose ancestor was lynched by hers, who've come into her life and joined with her in efforts to oppose racialized policing and white supremacy.

Fabrice Guerrier is a Haitian-american author, entrepreneur and TEDx speaker. He is the co-founder & CEO of Syllble, a literary startup and independent press that publishes bold stories and the micro-novels of the future, a new form of fiction that brings two or more creative writers from around the world to write a novel together over a creative sprint of a week. He is the former President of the Board of Directors at Coming to the Table, a national racial reconciliation organization in the U.S that works to address the legacy of U.S. Slavery and was the 2016 PEN Haiti Fellow at the PEN American Center. Fabrice is a member of the Spring 2019 202Creates Residency, a program led by Government of the District of Columbia’s Office of Cable Television, Film, Music & Entertainment and Office of the Deputy Mayor for Planning and Economic Development. He is the author of forthcoming collection of short stories Golden Veins (2019), he has co-authored 'The Wall' (2017) a futuristic Scifi micro-novel and recently published his debut poetry collection “Egypt in a Cup of Tea” (2018). His writing has appeared in The PEN America Blog, Public Pool, Blavity and Moko: Caribbean Arts and Letters. In Slavery's Descendants, he writes about his experiences as a young black millennial and immigrant facing the legacies of racism in American society.

Karen Stewart-Ross is an urban educator and freelance journalist working on her first book, The Blues Within: The Biography of Edwin Goodwin "Buster" Pickens™, a biography of her grand-uncle, a notable Houston-based blues pianist who accompanied Alger “Texas” Alexander and was a member of “Lightnin’” Hopkins’ band. She has also served as an interview producer for a metropolitan D.C. radio show geared towards empowering women.

In 2015, Karen traced part of her maternal family's ancestral roots to Lincolnton, North Carolina and Rome, Georgia, including a place called Cathey Gap, where her ancestors were enslaved. Since 2015, through DNA analysis and research, she has been helping to reconnect descendants of her Rome, Georgia family after over 100 years of separation. In collaboration with Berry College in Rome, Karen is also a key researcher for the Possum Trot Settlement Project, which focuses on a thriving settlement founded in the 1870s by her maternal Rome family after enslavement. A graduate of both Howard University and Virginia Commonwealth University, Karen is inspired by stories of faith, hope, healing and determination. In Slavery’s Descendants, Karen discusses her Texas roots and the fascinating journey to discovering the resilience of her ancestors. 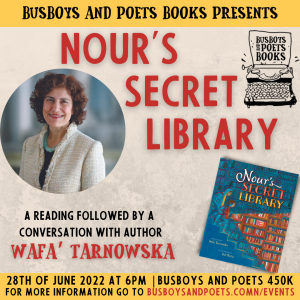