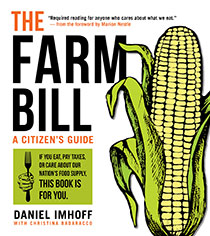 Busboys and Poets Books is pleased to welcome Dan Imhoff and Christina Badaracco for their book The Farm Bill. Dan and Christina will be in conversation with Garrett Graddy-Lovelace and Ricardo Salvador.

The Farm Bill is one of the most important pieces of legislation the American president signs. Negotiated every five to seven years, it has tremendous implications for food production, nutrition assistance, habitat conservation, international trade, and much more. Yet at nearly 1,000 pages, it is difficult to understand for policymakers, let alone citizens. In this primer, Dan Imhoff and Christina Badaracco translate all the “legalese" and political jargon into an accessible, graphics-rich 200 pages.

Readers will learn the basic elements of the bill, its origins and history, and perhaps most importantly, the battles that will determine the direction of food policy in the coming years. The authors trace how the legislation has evolved, from its first incarnation during the Great Depression, to today, when America has become the world’s leading agricultural powerhouse. They explain the three main components of the bill—farm subsidies, food stamps or SNAP, and conservation programs—as well as how crucial public policies are changing.

As Congress ramps up debate about the next farm bill, we all need to understand the implications of their decisions. Will there be limits on subsidies to huge agribusinesses? Can we shift toward programs that reward sustainable farming practices? Will hungry kids get the help they need? These are questions that affect not only farmers, but everyone who eats. You have a stake in the answers. The Farm Bill is your guide.

Dan Imhoff is an author, musician, and artisan food producer who has written for 25 years on topics related to ecological sustainability. He has written numerous articles, essays, and books including Food Fight: The Citizen’s Guide to the Next Food and Farm Bill. Dan is the president and co-founder of Watershed Media as well as president and a co-founder of the Wild Farm Alliance, a national organization that works to promote agriculture systems that support and accommodate wild nature.

Garrett Graddy-Lovelace is Assistant Professor at American University School of International Service in Washington DC and author of the forthcoming book The Power of Seeds & Politics of Agricultural Biodiversity by M.I.T. Press. She teaches and writers regularly on issues of US food and farm policy, as well as US-Cuba agricultural relations, agrarian cooperatives, agroecology, farm justice movements, among others. Graddy-Lovelace has a PhD from University of Kentucky Geography, a Masters of Theological Studies from Harvard Divinity School, and a BA from Yale.

As the senior scientist and director of the Food and Environment Program at the Union of Concerned Scientists, Ricardo Salvador works with citizens, scientists, economists, and politicians to transition our current food system into one that grows healthy foods while employing sustainable and socially equitable practices.

Dr. Salvador has appeared on MSNBC’s Melissa Harris-Perry Show and has been quoted in The Boston Globe, The New York Times, Politico and many other outlets. Dr. Salvador was named a 2013 NBC Latino Innovator and received the James Beard Foundation Leadership Award in 2014. He was also an author of a 2014 op-ed in The Washington Post calling for a national food policy, which is changing how many think about food and farm policy. Dr. Salvador earned a B.S. in agricultural science from New Mexico State University. He holds an M.S. and Ph.D. in crop production and physiology from Iowa State University. 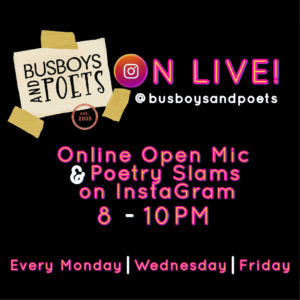 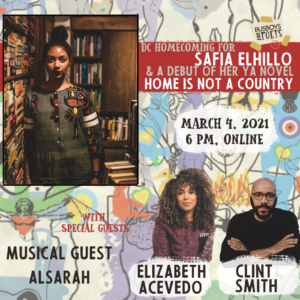