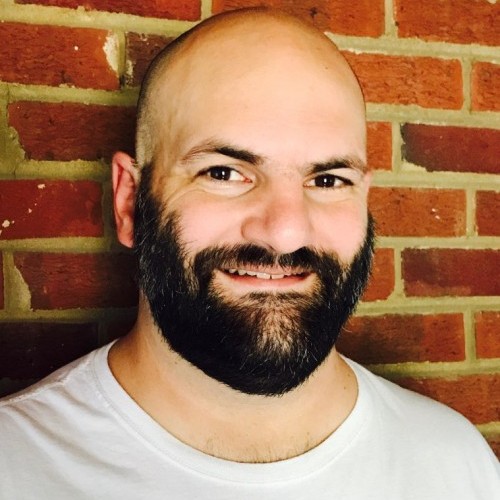 Sunday Jazz & Verse Open Mic Poetry & Jazz Night! A Busboys and Poetry Event.  Every second Sunday, cap off brunch with two hours of incredible music and poetry! Audiences can expect a diverse array of spoken word performers, open mic rookies, musicians and more with a Jazz soundtrack! It will feature the sounds of a professional Jazz Band to groove us into the night. All are welcomed to perform, or enjoy a night of Jazz & Verse!

A prolific poet and educator, Matthew P. Gallant was a Finalist for the 2014 Steven Dunn Poetry Prize and a current middle / high school teacher who uses poetry daily in the classroom. Matthew competed at three National Poetry Slams (2009—2011), was crowned the 2011 NorthBeast Slam Champion, runs Sargent Press (independent small press publisher) and is also a member of the Beltway Poetry Slam hosting team. Jesse Parent, whose "To Boys Who May One Day Date My Daughter" went viral and received two million hits, once said of him, "He probably looks more like the bouncer than the talent to most people, but this is a true poet who just happens to know how to own a stage."

$5 Cover. Get your tickets in advance.

This month's band: More Than A Drum (Baba Abasi!)

Abasi Johnson, has been an arts innovator, professional percussionist and percussion teacher for more than 40 years. He has taught at The Levine School of Music and The New Sewell Music Conservatory in Washington, D.C. For more than three decades, Abasi has been a member of the acclaimed reggae band, Black Sheep, eight time winners of the Washington Area Music Association’s WAMMIE Award for best reggae group. His recording credits include Black Sheep, Learn From Each Other; G. H. Abasi Johnson and Master Drummer Baba Ngoma, Percussion Art With a New World Beat; Baba Dontez, Songs for Bob Marley; Aisha Khalil (member, Sweet Honey in the Rock) Time and Space; Brother Ah, Environmental Sounds; and Ngoma Na Rafiki, a tribute to the late master drummer, Baba Ngoma.