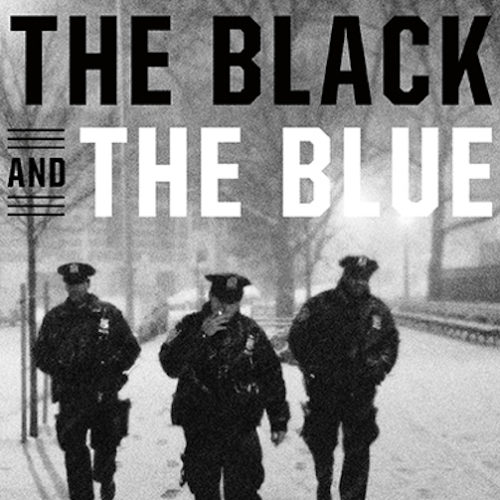 Join Busboys and Poets for a conversation between Matthew Horace and Ron Harris, joined by Lisa Montague.

Matthew Horace has spent 28 years working in law enforcement at the federal, state, and local level in almost every state in the country, but even he is not immune to the dangers of being a black man in America. During his 8th year of service, Horace found himself face-down on the ground with a gun pointed at his head by a white fellow officer—that was the moment that he fully understood the racism seething within America's police departments. In the provocative and timely THE BLACK AND THE BLUE: A Cop Reveals the Crimes, Racism, and Injustice in America’s Law Enforcement, Matthew Horace sheds light on what truly goes on behind the blue line—and opens a much-needed dialogue about how to best mend the rift between law enforcement and the public.

Using gut-wrenching reportage, on-the-ground research, and personal accounts garnered by interviews with over 100 police and government officials around the country, Horace presents an insider's examination of police tactics, which he concludes is an "archaic system" built on "toxic brotherhood." He dissects some of the nation's most highly publicized police shootings and crimes highlighted in the Black Lives Matter movement and beyond to explain how these techniques have had detrimental outcomes to the people that they serve. Horace provides fresh analysis on communities experiencing the high killing and imprisonment rates due to racist policing such as Ferguson, New Orleans, Baltimore, and Chicago from a law enforcement point of view and uncovers what has sown the seeds of violence.

In THE BLACK AND THE BLUE, Matthew Horace offers an unforgettable account of the racism, crimes, and color lines that permeate America's law enforcement, and lays out an urgent means for change.

Matthew and Ron will be joined by Lisa Montague, a subject in the book. Lisa is a former sergeant with the Baltimore City Police Department.

*The book will be available for purchase at the event.

Matthew Horace is a law enforcement and security contributor to CNN and The Wall Street Journal, and an internationally-recognized leadership expert in the field.

Ron Harris (co-author) is a former reporter and editor for the Los Angeles Times and the St. Louis Post-Dispatch. Currently, he is a professor at Howard University.