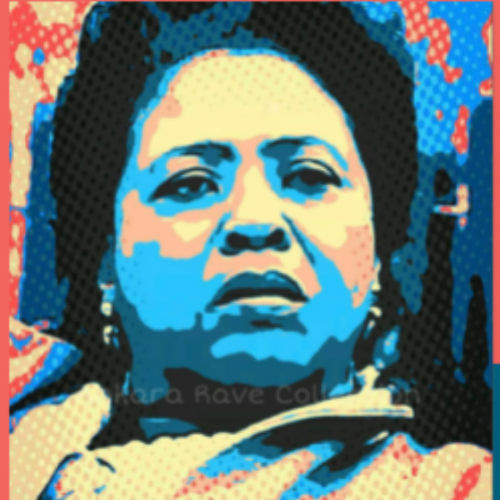 Join us for a virtual artist talk with Aunjanue Ellis and Christine Swanson on the making of Sunflower: The Fannie Lou Hamer Story! This will be a chromatic conversation between Director, Christine Swanson and Writer, Aunjanue Ellis. The conversation will examine the compulsion that has driven the making of this film, as well as the storylines that are needed to shift our culture.

Considered the midwife of our modern Democratic Party, the film is a moving portrait depiction of Fannie Lou's Hamer's testimony in front of the National Democratic Convention Credentials Committee on August 22, 1964.

AUNJANUE ELLIS is a Southern artist and activist from Macomb, Mississippi with a desire and mandate to tell stories of great Southern women like Fannie Lou Hamer, so that extraordinary Black women who have made great contributions to America are not erased from the narrative fabric of American history. In Mississippi, Aunjanue led the fight for the removal of the confederate flag in the state and in July of 2020 history and success were made. The flag was officially removed. Aunjanue stands on the revolutionary shoulders of Fannie Lou Hamer. "Nobody's free until everyone's free" was Mrs. Hamer’s simple, yet for the time, startling, dangerous proposition, putting at the heart of her politics not just voting rights but human rights. That battle persists to this day. All current revolutionary roads lead back to the soldiering of Fannie Lou Hamer and Aunjanue proudly carries that baton. Aunjanue Ellis is a two times nominated Emmy Awards actress with numerous credits spanning over 25 years and numerous acting awards.

CHRISTINE SWANSON - Multiple award-winning filmmaker Christine Swanson earned her MFA in Film from New York University's Tisch School of the Arts, one of the nation's top-ranked graduate film programs. Recognized early as a talented filmmaker, Christine was selected by NYU faculty as the Willard T.C. Johnson Fellow, the most prestigious fellowship given to the student who has achieved high standards in his or her work. CNN identified Christine as one of the most promising filmmakers to emerge from NYU's graduate film program since Martin Scorsese, Ang Lee, Oliver Stone and Spike Lee (Christine's NYU directing teacher). Christine also earned a Bachelor of Arts degree from the University of Notre Dame double majoring in Communications and Japanese and was chosen by its Alumni Association as The Rev. Arthur S. Harvey Award recipient acknowledging her achievements in the arts.

Chromatic Black is a community of artist-activists, technologists, community organizers and journalists working to build cultural power through the reclamation of STORY as a public common.

Aunjanue Ellis, Writer, Sunflower says "When she stood on live television in front of the country and the world and said, "I am sick and tired of being sick and tired," she spoke directly to the unrepresented exhausted humans who needed to hear this the most...and forced the start of a seismic change in our culture. She is where it all started. Her journey is still our journey today."