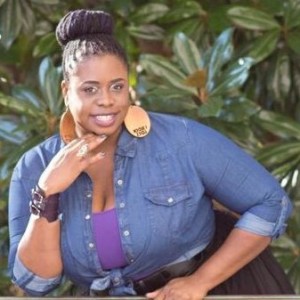 With over a decade of snatching microphones and captivating audiences, 2Deep’s resume reads like Who’s Who travel guide. From Cornell University to Ottawa University, American University to Penn State, United States to Australia, this German born-Alabama raised entertainer has spoken to crowds all over the globe. She’s opened for the late Gil Scott-Heron and performed for President Barack Obama’s first pre-inaugural celebrations at the Washington National Cathedral. She was a four year undefeated slam champion, 2007 Talk To Me Eastern Slam Winner, member of Busboys and Poets’ 2009 Slam Team, Word War II Slam Champion, and prior Busboys and Poets’ Slam Master. 2Deep welcomes a freshman class to American University annually for over half a decade and has spoken out against domestic violence on legislative floors in Maryland. She keeps busy hosting two monthly, sold out shows (ten years) and by running her companies 2DeepUncensored.com and Ms2Deep.com. Armed with a BFA, MFA, and MBA, 2Deep is making herself comfortable in a male dominated arena by leaving traces of lipstick on the microphone and a dash of prose laced with her feminine perspective and her truth. 2Deep is taking the next four decades of her career with force; listen now and forever witness her. Peace

Tianna is a Queer, Black, woman, sister, and auntie originally from Anchorage, Alaska and is now residing in Oakland, California. She has been published in The Shade Journal, was the 2016 winner of Best Love poem at Collegiate Unions Poetry Slam Invitational, placed 5th at the National Poetry Slam 2017, 2018-2019 fellow at The Watering Hole, and a 2017 Queer Emerging Artist Resident at Destiny ARTS. She has a BA in Interdisciplinary studies and dreams of opening a creative arts youth center. Her work centers reclamation of the body, Black girl/womanhood, healing through generational trauma and shaking ass.

Tianna is a twerk influencer, Steven Universe lover and spends much of her free time admiring trees.

For two hours, audiences can expect a diverse chorus of voices and a vast array of professional spoken word performers, open mic rookies, musicians, and a different host every week. Expect to be moved, expect a packed house, expect the unexpected, but above all come with an open mind and ear.