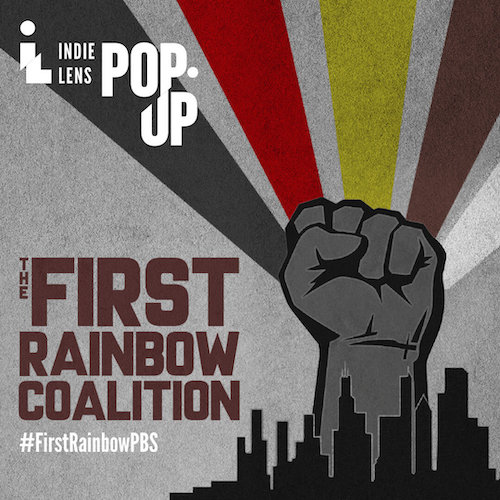 Join Busboys and Poets Focus-In! Film Series: Cinema for a Conscious Community for screening and discussion of the film The First Rainbow Coalition.

In 1969, the Chicago Black Panther Party began to form a multi-ethnic coalition with the Young Lords Organization and the Young Patriots. Banding together in one of the most segregated cities in post-war America, the Rainbow Coalition changed the face of 1960s Chicago politics and created an organizing model for future activists and politicians.

Sponsored by ITVS, WHUT, IPS and Women In Film & Video.

Event is Free, but RSVP Requested:  Click here to RSVP!