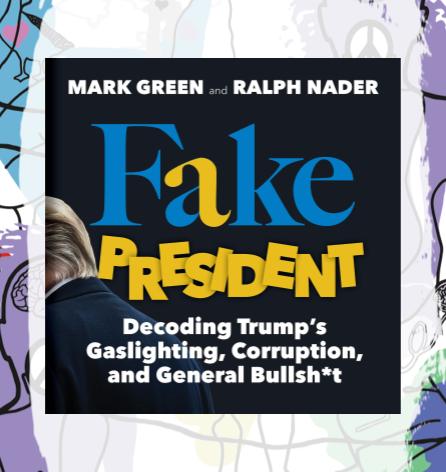 Donald Trump was lawfully selected as the US president...but is still a "fake" president because he simply lacks the integrity, intelligence, and stability to perform the duties of the office as the Constitution intended. "If you spend so much time golfing, tweeting, and seething," write Green and Nader, "it's understandable that a POTUS doesn't get around to appointing one-third of all agency inspector generals...Might as well expect a surgeon to be an opera singer."

As the House Impeachment Inquiry unfolds based on a similar premise, Fake President decodes many of his worst scandals and "twistifications" (a Jefferson coinage). And it’s bound to get even worse as the House gets closer to actual Articles of Impeachment and the Fall election approaches. Since it's nearly impossible to keep track of Trump's "daily lava of lies," two of America’s foremost public advocates do that work for you. This is your one-stop shop that explains what the Lyin' King means to our democracy.

It’s a cheeky, deadly rebuke of Trump’s incorrigible "fakery"...from his dishonesty about foreign policy to blatant ignorance about the environment to his messianic narcissism.

Fake President is an essential guide to help you understand the two biggest news stories of the coming year—impeachment and the 2020 presidential election.

Mark Green is the author or editor of 24 books, including two New York Times bestsellers—#1 Who Runs Congress? and The Book on Bush. He was the elected Public Advocate and Consumer Commissioner of New York City (1990-2001). He is also founder of the progressive shadow cabinet @ShadowingTrump, consisting of 21 leading scholars and ex-officials.

Ralph Nader, America’s leading public interest lawyer and consumer advocate, was named by The Atlantic as one of the hundred most influential figures in American history. He was a four-time candidate for the US presidency, and his first book, the bestselling Unsafe at Any Speed, was responsible for US auto safety standards shown to have saved 3.5 million lives over fifty years. 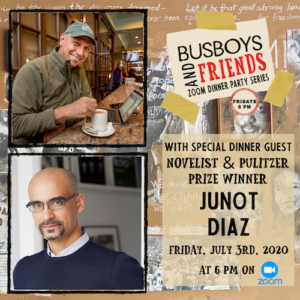